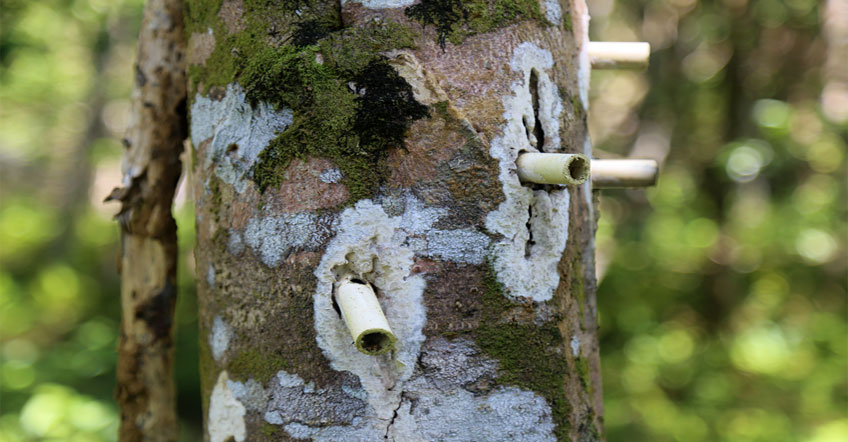 The challenge of harvesting Agarwood

Agarwood is a valuable medicinal herb that people enjoy in a variety of forms, including agarwood oil, chunk,  chip, and  power. Agarwood is not easy to obtain. It is the result of many people’s labor and sacrifices along the way. Many farmers are following the trend of growing agarwood in the hopes of making millions of dollars. They have invested time and money to realize their ambition of being a billionaire, yet many are disillusioned. To obtain natural agarwood blocks, you will have to travel deep into the mountains and forests, posing numerous risks, including the chance of death.

1. What is the rarity of agarwood?

Agarwood is found in the trunk of Aquilaria crassna, but it is not found in all trees. The aquilaria crassna trees are exposed to the harshness of nature, such as natural calamities, storms, and thunder, which causes the agarwood core to form. When a tree is harmed, the oil in the tree accumulates to resist destruction. When the tree is infected from the outside, the oil that is deposited there gradually denatures and turns into agarwood. It will create large and little  blocks depending on the time of creation and the degree of infection. Before drilling holes and pouring chemicals to generate agarwood, the tree must be planted for 5-7 or 10 years. However, it might sometimes fail to generate agarwood even after 20 years. 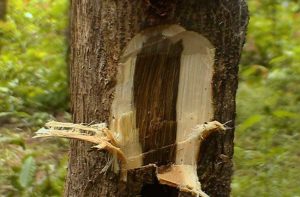 In 1986, there was a huge drive in many Vietnamese areas to find agarwood. Around 1992, it became rare, forcing  hunters to trek across the mountains as far as Laos, but death was always a possibility due to a variety of factors including malaria, flash floods, and robbery.

When trips to find this special plant proved fruitless, individuals began resort to biological methods. People must invest approximately 30 million VND on seed, soil preparation, fertilizers, insecticides, and care for the first three years in order to grow each hectare of agarwood… Meanwhile, most people’s financial situations are quite difficult on that day.

Many people have hired teams to make artificial agarwood because it cannot grow naturally for many years. The teams are in charge of drilling and chiseling into the tree’s trunk, as well as administering chemicals to encourage the growth of fungi and microbes. The success rate is poor because the technical process sometimes is unqualified. When trees are struck by storms, many examples of drilling are too thick or too thin, causing them to be injured or broken. After many long days of hard work, the outcomes were not what planters expected.

It can be seen that planting spontaneously, rather than following the method, has serious results. It once again demonstrates that while developing economic models, planters must be vigilant and avoid following the trend and crowd effects to avoid suffering the repercussions.

Growing agarwood is a difficult process that also necessitates a lot of luck. People should learn everything they can about the seed’s specifications and origin. Many Vietnam agarwood suppliers are now offering high-quality, hand-picked seeds or seedlings for planters to consider.

The potential for cultivating agarwood in Vietnam is immense, but there are numerous challenges that must be solved in order to establish a strong supply network worthy of becoming the best agarwood in the world.