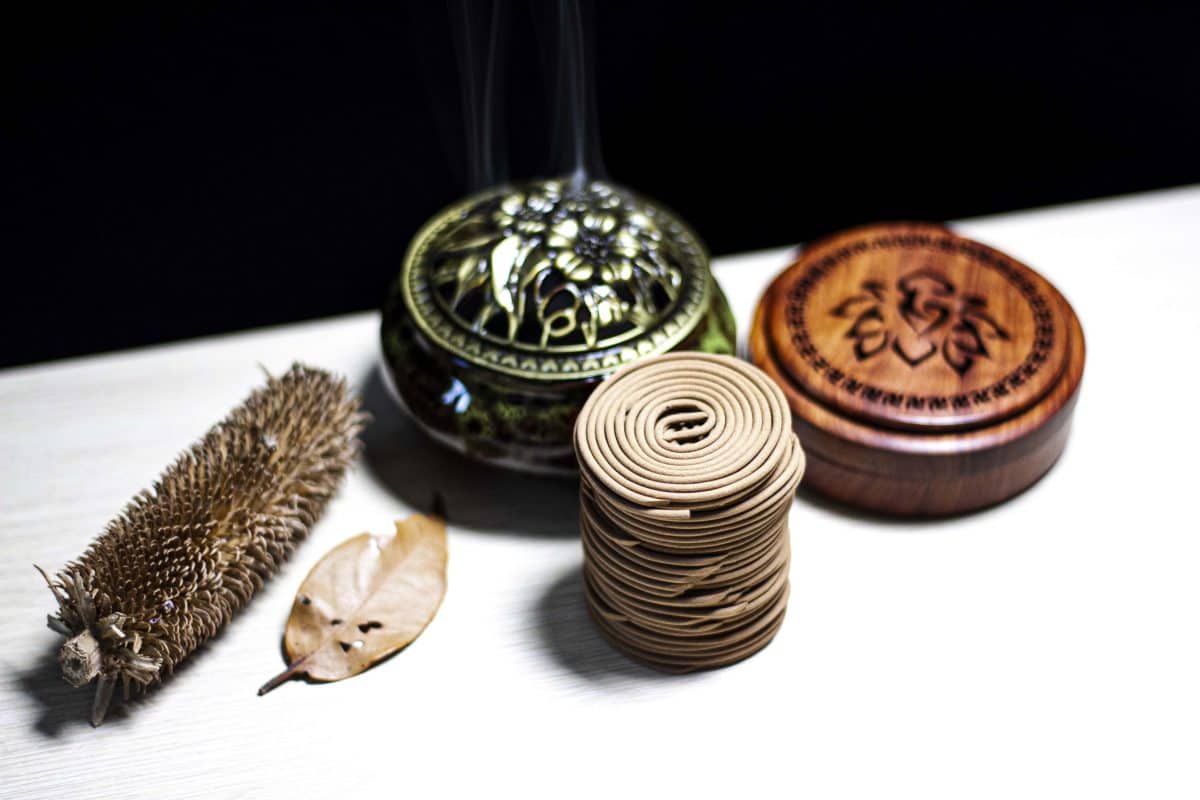 Discover the significance of Agarwood in various religions

For generations, agarwood is a precious product associated with the spiritual culture of mankind. In each religion, agarwood contains unique and separate meanings. When we study the scriptures of Buddhism, Christianity, and Islam, we often come across references to agarwood.

1. Agarwood – An outstanding value in Buddhism

Agarwood has meanings and energies similar to Buddhist principles. Agarwood in Buddhism has incomparable profound value. Therefore, the image of agarwood is also firmly attached to Buddhist culture for many generations. Agarwood is regarded as one of the goods associated with East Asian culture and spirituality. Agarwood also has been included in the Buddhist prayer book.

Agarwood (in the form of chunks or powder) has been used to burn during meditation, chanting, and other rituals since ancient times. When chanting and chanting Buddha’s name, Buddhists all around the world utilize 108 Agarwood beads. Agarwood beads have an ethereal smell that helps individuals calm their minds and rest in a room full of meditation because they are warmed by body heat and friction when Buddhists pray the rosary.

Agarwood, notably Kynam or Kyara in Japanese, is venerated as the “scent of Nirvana.” Nirvana is a noun that cannot be entirely expressed in words, but all monastics or Buddhists recognize that it is the major objective of Buddhism as well as its ultimate goal. As a result, when agarwood is referred to as the “aroma of Nirvana,” it implies that it is a particularly noble scent. 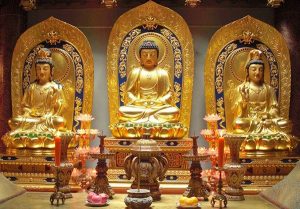 Agarwood is always chosen to respectfully gift to the Three Refuges when performing such rituals as chanting, opening ceremony, praying for peace, relinquishing life, bathing Buddha statue. This is the pinnacle of reverence and symbolism.

Agarwood bracelets and agarwood beads in the hands of monks and Buddhists have become a common sight. Agarwood is worn so that the aroma of Agarwood is not overpowering. This allows agarwood’s Happiness energy to assist you in feeling relaxed, tranquil, and lucid.

2. Agarwood – A noble scent in Catholicism

Agarwood is not just linked with Eastern mystical culture, where Buddhists are the majority, but it is also a sacred item in Western countries, where Catholicism originated.

According to Catholic tradition, the rite of burning agarwood was also conducted during the Mass in Jerusalem towards the close of the fourth century while waiting for Jesus’ resurrection. For a pure smell, folks burnt multiple vases of Agarwood around the altar. The Holy See’s hallowed area is imbued with purity.

Agarwood has been commonly used to burn in censers beneath the statue of God since then. The picture of the Pope, the head of the Church, carrying an agarwood burner and leading the faithful in significant Vatican rites is progressively becoming more familiar. 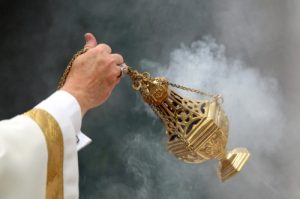 Agarwood’s mellow aroma conveys ardent adoration and prayer, establishing a profound link with God’s mystery. Agarwood also can purify the air, as well as protect and banish evil spirits. People are purified and sanctified as a result of this, becoming pure and approved by God.

Since ancient times, Muslims have used Agarwood as a, particularly valuable and important item. This natural wood has been mentioned numerous times in the Prophet Muhammad’s Hadidth – a compendium of his teachings. As a result, agarwood is not only the Prophet Muhammad’s favorite taste, which he uses every day, but it is also a valuable method for curing a variety of maladies.

Muslims believe that agarwood serves as a spiritual connection as well as a remedy for a variety of ailments. Their belief that they can communicate with the gods will soon be realized thanks to the use of agarwood. Agarwood, which is more peculiar to Islam, is also utilized as a symbol of love. As a result, the soft aroma of agarwood will help lovers connect. Muslims also believe that products manufactured from precious agarwood will please their gods. 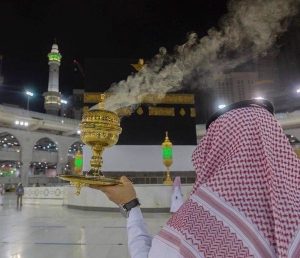 Agarwood is used in the ritual cleansing of the Kaaba at Mecca, Saudi Arabia, which is the holiest mosque for Muslims. To keep the Kaaba clean, guests will wipe the interior walls with white towels soaked in rose oil, agarwood, and musk. Agarwood essential oil is also used as an exorcist and to clean spaces. Moreover, agarwood essential oil is used by Muslims to maintain their health and fight off bad spirits. In India, after being burned, bodies are mixed with pieces of agarwood to form a fragrant mixture and carried into places of devotion.

The most accurate phrase regarding the amazing development of agarwood is “With agony, it turns into agarwood.” Over thousands of years, agarwood has crystallized the spirit of heaven and earth to provide the world with a pleasant smell. Agarwood has demonstrated its magical value by being immersed in mankind’s unique cultural and religious flow. As a result, the valuable plant has emphasized its status as an essential component in everyone’s spiritual life.