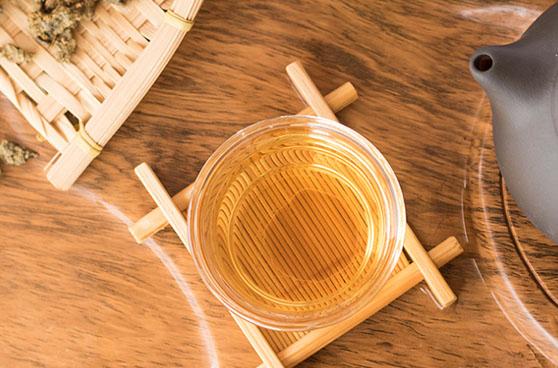 Japan is famous for its unique culture and various folk beauties. The nation has a long history of using agarwood and well-developed trade with Southeast Asian countries to meet domestic demand.

However, the source of oud is primarily applied in religious and cultural activities, such as Buddhism and incense. The usage for therapeutic or medicinal purposes is fairly limited in Japan.

In Japanese, people call agarwood as jin-koh, which means “sinking fragrance”. The term demonstrates the value of agarwood in Japanese culture and its significance to the Japanese people. The introduction of Buddhism to Japan in the 6th century during Emperor Kimmei’s reign linked to the use of agarwood in Japan (549-571).

Emperor Kimmei had two Buddha statues carved out of camphor wood in the year 553. The first mention of its appears in the Chronicle of Japan (Nihon Shoki) in 595: “A tree of agarwood (aloeswood) drifted onto Awaji Island” (near Kobe)”. Its circumference is around 6 feet. The islanders had no idea what agarwood was, so they used it as fuel for cooking, causing the odor to spread over the island. They sent it to Emperor Suiko as a gift after seeing it. Prince Shotoku recognized it as a jin-koh and educated the entire populace about the importance of oud, particularly in Buddhist concerns.

When Emperor Tenji (626 – 672) became ill in 671, he made a series of peace offerings to the Buddha (at a temple in Kyoto), including agarwood and sandalwood. Ranjatai is the most famous agarwood block in Japan and is a national treasure (gift from China). Ranjatai, weighing 11.6 kilograms and measuring 1.56 meters in length. China sent it as a gift to Emperor Shomu (724-748). After that, the block was enshrined at Nara’s Todai-ji Buddhist temple. Today, the Imperial Japanese Agency manages this agarwood block, which is on display at the Nara National Museum. 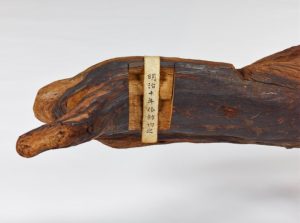 Aside from burning in temples, rewarding agarwood has become a traditional, aristocratic, and graceful part of Japanese society. It was first burned in Japan during the Nara period (710-794) as well as became very popular (794-1185). In Japan, burning oud has become a sign of authority and riches. For example, after each food crop, the great lord (Daimyo) Sasaki Douyo (1296-1373) would burn massive quantities of wood at the Shoji shrine on the outskirts of Kyoto to demonstrate his wealth and opulence.

In Japan, agarwood incense made from natural raw materials. By the ninth century, they had stopped importing Chinese goods and begun to create products with their distinct qualities.

The name “mei-koh” refers to agarwood (jin-koh) with small pieces. Experts  call each piece of “mei-koh” uniquely based on the quality of the wood. People maintained “mei-koh” in lacquer boxes with beautiful carvings and then passed down through the generations. Famous burning incense method is to combin small bits of oud with other materials.

3. Development stage of agarwood in Japan

Agarwood evolved and changed over time, with each historical epoch witnessing a unique form. Soratakimono, or natural ingredient blends with a hint of traditional medicinal plants, were popular in the 11th century, for example. Then, when nobles utilized aroma to measure their wealth and distinguish themselves from commoners, kimono became more fashionable. The Kamakura nerikoh (1185-1333) was a combination, of Chinese perfumes with the emperor’s recipe . During the Muromachi period, the incense trail (koh doh) developed from the activity of burning oud.

The award of agarwood was warmly accepted by both people in the royal palace by the Edo era (1603-1867), giving rise to the expression “kyara,” which means “highest quality”. The plant became well-known and became the incarnation of beauty and excellence. The spread of agarwood awards to the Japanese middle class is the most significant development. They immediately discover their cultural values and reward Agarwood as the symbol of the money they have.